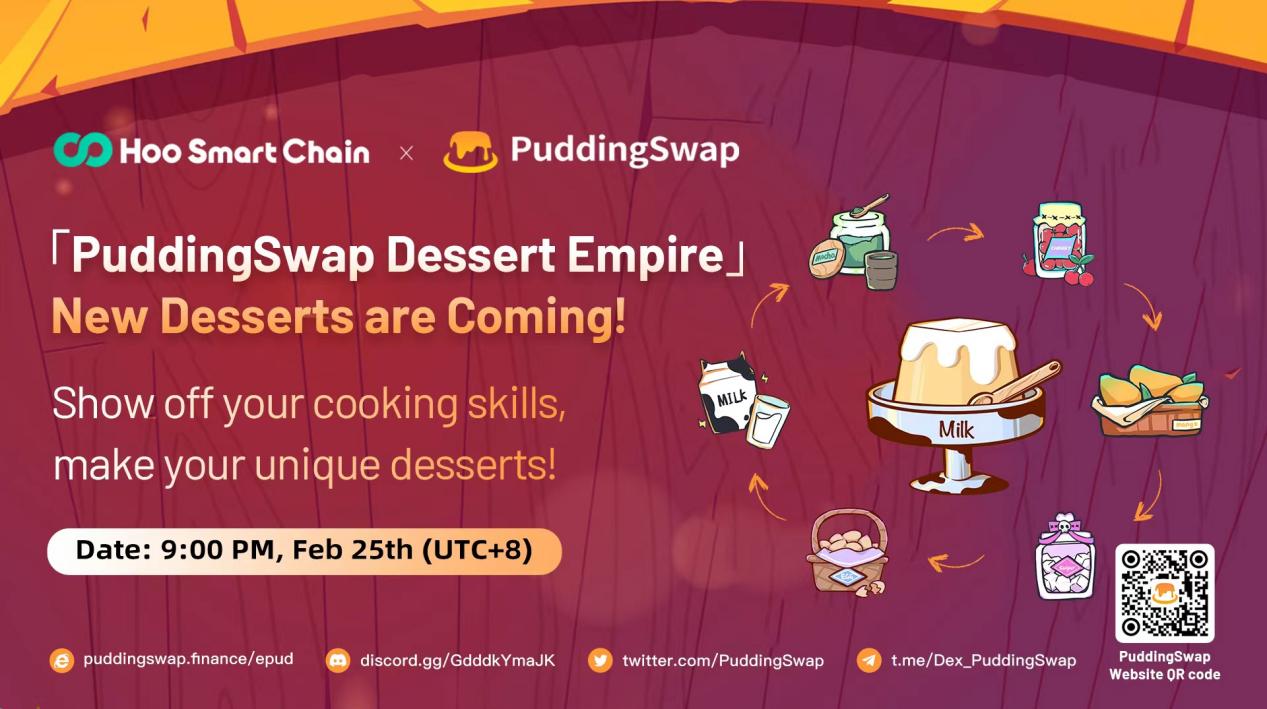 PuddingSwap has successfully launched eight NFT card blind boxes for “Super Chef” before. Combining the raw materials this time, users can make unique products by staking ePUD, mixing, heating, etc. According to the corresponding recipe provided by PuddingSwap, the pudding can be synthesized, and the profits can be obtained by completing the orders distributed by the system. If the user does not have a chef NFT card, the raw materials can be sold on the NFT market.

Now the market of NFT has also explosive growth with the help of concepts such as Metaverse and GameFi. According to Non-Fungible, NFT trade amount has reached $2.7 billion in January 2022, and the market is potential.

The rapid growth of NFT market also attracts the protocol of DeFi 1.0, such as SushiSwap launched the NFT service platform Shoyu, PanckeSwap on the BSC also sets foot in the field of NFT. And HSC leader DEX PuddingSwap’s “PuddingSwap Dessert Empire” gives NFT a new way to play to earn.

PuddingSwap also started PuddingSwap production and baking mechanism one after another. With the official launch of raw materials, PuddingSwap’s gameplay scenarios became richer and diversified, integrating collecting, DIY games and social elements, making every NFT meet market demand and feeding the trading business of PuddingSwap itself.

Recently, PuddingSwap will also launch the NFT blind box enevt of raw material, where users can get blind boxes and generate raw material NFT by staking ePUD through the locvault. After getting the raw materials, users can make pudding.

PuddingSwap, incorporating NFT and GameFi, is a microcosm of NFT ecology on HSC. Based on the ecological integrity of HSC, the grand blueprint of PuddingSwap is not limited to ” Restaurant”. In the future, it will launch sushi restaurant and barbecue restaurant, PuddingSwap sincerely invite more excellent developers to jointly create a more fun kitchen system and cook-fighting system.